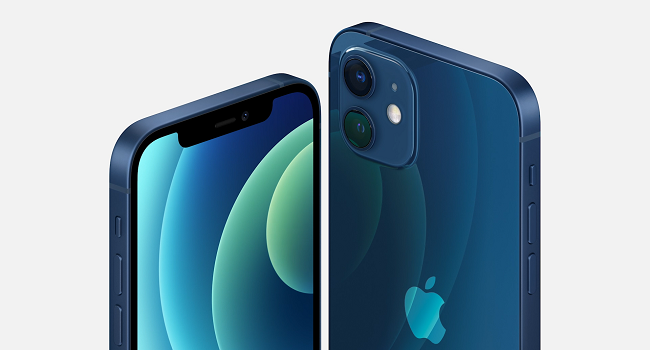 Apple joined the move to 5G on Tuesday, unveiling four new iPhones which use the new standard in what could be a turning point for the high-speed wireless technology.

“Today is the beginning of a new era for iPhone,”  Apple chief executive Tim Cook said during a streamed launch event from the company’s headquarters in California.

“This is a huge moment for all of us. And we’re really excited. 5G will bring a new level of performance for downloads and uploads, higher quality video streaming, more responsive gaming, real time interactivity and so much more.”

The new models include the redesigned iPhone 12 — successor to the top-selling iPhone 11 launched last year — with a display of 6.1 inches at a starting price of $799, available October 23.

With more features, the iPhone 12 Pro will launch this month from $999 and the 6.7 inch Pro Max from $1,099 in November, the same levels as their predecessors

Need an iPhone? One click on image to Try this Istore on EShop

The new handsets offer improvements to the camera system and a redesign that adds more display with a smaller overall size.

The new lineup of iPhones was expected to ignite a surge in interest in smartphone upgrades to take advantage of the faster networks.

Apple’s move could ignite interest in 5G devices as the new, fast networks are slowly being rolled out in the United States and other parts of the world.

“Apple drives a lot of technology shifts in the industry, and the iPhone 12 supports 5G in all its forms on four different phones,” said Avi Greengart, analyst with Techsponential.

“5G has not been a big purchase driver in most markets, but that could start changing now, and Apple is now much better positioned to succeed in the one place where consumers have been buying 5G phones — China.”

Thomas Husson of Forrester Research tweeted that “Apple will do more for 5G than 5G will do for the new iPhones… experiences can only improve as telcos progressively roll out networks.”

Apple joins other handset makers including Samsung and Huawei in introducing smartphones taking advantage of the growing 5G footprint around the world, which could open up new markets and technologies.

5G networks are touted as promising an exponential leap in the amount and speed of wireless data, enabling advances in self-driving vehicles, virtual reality, connected health and more as sensors and servers communicate instantly.

The growth of 5G could also be a catalyst to revive a sluggish smartphone market.

Total smartphone sales were down 16 percent year-on-year in the second quarter, according to research firm IDC.

The new iPhones give Apple a range of handsets from the $400 iPhone SE launched earlier this year, as the company seeks to expand its ecosystem with more digital content and services.

Stephen Mears of Futuresource Consulting said Apple appears to be holding the line on prices to gain more consumers as it drives further into services.

“Apple have remained cognizant of their price points in light of the challenges facing many consumers in 2020 as a result of Covid-19,” Mears said.

“The reasonable price points of the iPhone 12 and iPhone 12 Mini will certainly not prove prohibitive to the majority of Apple consumers, and when considered alongside the SE released earlier this year, it’s clear that Apple are targeting growth in its active installed base to help facilitate further expansion of its increasingly important services.”