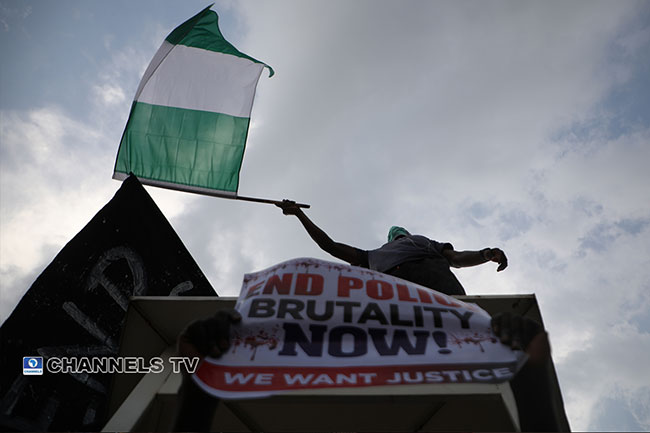 A group known as the Feminist Coalition has raised N69 million in support of the #EndSARS protests.

The group disclosed this on Friday via Twitter, noting that the funds will be used to support 128 protests across Nigeria in fighting injustice.

CEO of the microblogging platform, Jack Dorsey had on Wednesday joined the calls for an end to police brutality and other unlawful crimes in Nigeria.

He later went on to call for Bitcoin donations, which has now received more support.

Jack had earlier been threatened by a former presidential aspirant, Adamu Garba, who asked him to stay away from Nigerian politics and also threatened to sue him for supporting a protest that “has transformed into a political agitation, capable of breaking law and order in the country”.

Undeterred by the warning, the Twitter boss later went on to launch an #EndSARS emoji, showing solidarity to the cause.

Nigerians and people from around the world have now flooded his comment section to express their gratitude for his support for the #EndSARS protests.

ABOUT US
CHIEXCLUSIVE HUB is a social initiative, an online hub featuring an everyday blog news tailored for you, one click away with latest entertaining and commercial headlines around the world; as well as keeping you on the know with relevant information & services like our (ESHOP) where shopping is made easy for everyone (buy & sell). CHI-Exclusive Hub also offers exclusive website designs for Entrepreneurs & Businesses with utmost service guaranteed. (Read more)
Contact us: matthias@chiexclusive.com
FOLLOW US
© 2021| This website is designed and managed by Udokwu Matthias (ESHOP C.O.O) | All Rights Reserved
MORE STORIES
L-News

Lagos Govt Asks Civil Servants To Work From Home For Another...