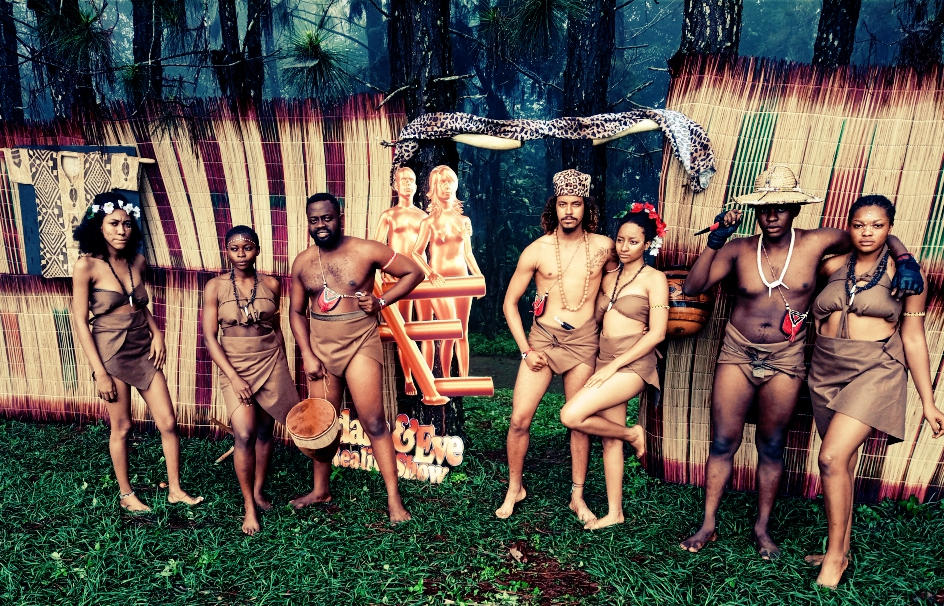 For fans and TV audience, the difference between scripted acting and reality shows is the raw and diluted emotion that makes them form support blocks for their favourite participants.

It is on these two pillars that a new reality TV show “Adam and Eve” is set to launch. Adam and Eve Reality Show is a thrilling adventure; a 100-day journey of survivors made up of 24 contestants (male and female) selected from various African Tribes referred to as “Tribe Members” who live as one big family in the jungle.

These bold and brave ones embark on a mission to discover the hidden treasures in the jungle, restore the rich cultural heritage of the black man and thereby eliminate one another out of the show based on performance.

The Adam and Eve Reality Show is put together by Adam and Eve Tourism Company, based in Lagos, Nigeria. According to the Managing Director of the firm Mr Francis Uche Ikechukwu, the show is designed to serve as an entertainment platform that would help promote gender equality, instill the spirit of patriotism and boldness in Africans, and equally promote/communicate the rich cultural heritage of Africa including its natural resources to a global audience.

Participation on “Adam and Eve” will require bravery; the drama, schemes, laughter, and challenges mean only the very brave can survive the jungle. But for the victorious, a grand prize of ₦30,000,000 (Thirty Million Naira), plus a brand-new SUV car awaits. What sets the show apart however is that episodes will be shot in different countries following the theme over 13 weeks and following the 24 contestants from 10 countries who will be a part of the show.

Responding to questions about mitigating against the spread of COVID-19 on the show, Mr Ikechukwu pointed out that in line with health guidelines as stated by the NCDC, only shortlisted participants will be called upon for auditions and adequate measures have been put in place to ensure social distancing and personal hygiene.

“Our primary focus is on the safety of the contestants, production crew, security team and everyone involved in the Adam and Eve Jungle Reality Show. As a responsible corporate citizen, we will be working with health professionals to carry out periodic testing and checks to forestall any spread of the deadly virus across our various locations” he added.

Auditions for the reality TV show will take place in Nigeria, Zambia, Ghana, Kenya, Tanzania, Ethiopia, Zimbabwe, South Africa, and Uganda. The show will air on DSTV, GoTV, as well as on partner television stations in all these countries.

Entry is open to participants aged between 18 and 36 who have attained a minimum secondary/high school qualification. Registration to be part of the show will cost N2,000 (Two Thousand Naira Only) or its equivalent in the other participating countries.

Wizkid and Burna Boy to release new video for, ‘Ginger’

ABOUT US
CHIEXCLUSIVE HUB is a brand initiative, an online hub featuring an everyday blog news tailored for you, one click away with latest entertaining and commercial headlines around the world; as well as keeping you on the know with relevant information & services like our (EShop) where shopping is made easy for everyone (buy & sell). CHI-Exclusive Hub also offers exclusive website designs for Entrepreneurs & Businesses with utmost service guaranteed. (Read more)
Contact us: matthias@chiexclusive.com
FOLLOW US
© 2021| This website is designed and managed by Udokwu Matthias (ESHOP C.O.O) | All Rights Reserved
MORE STORIES
L-News