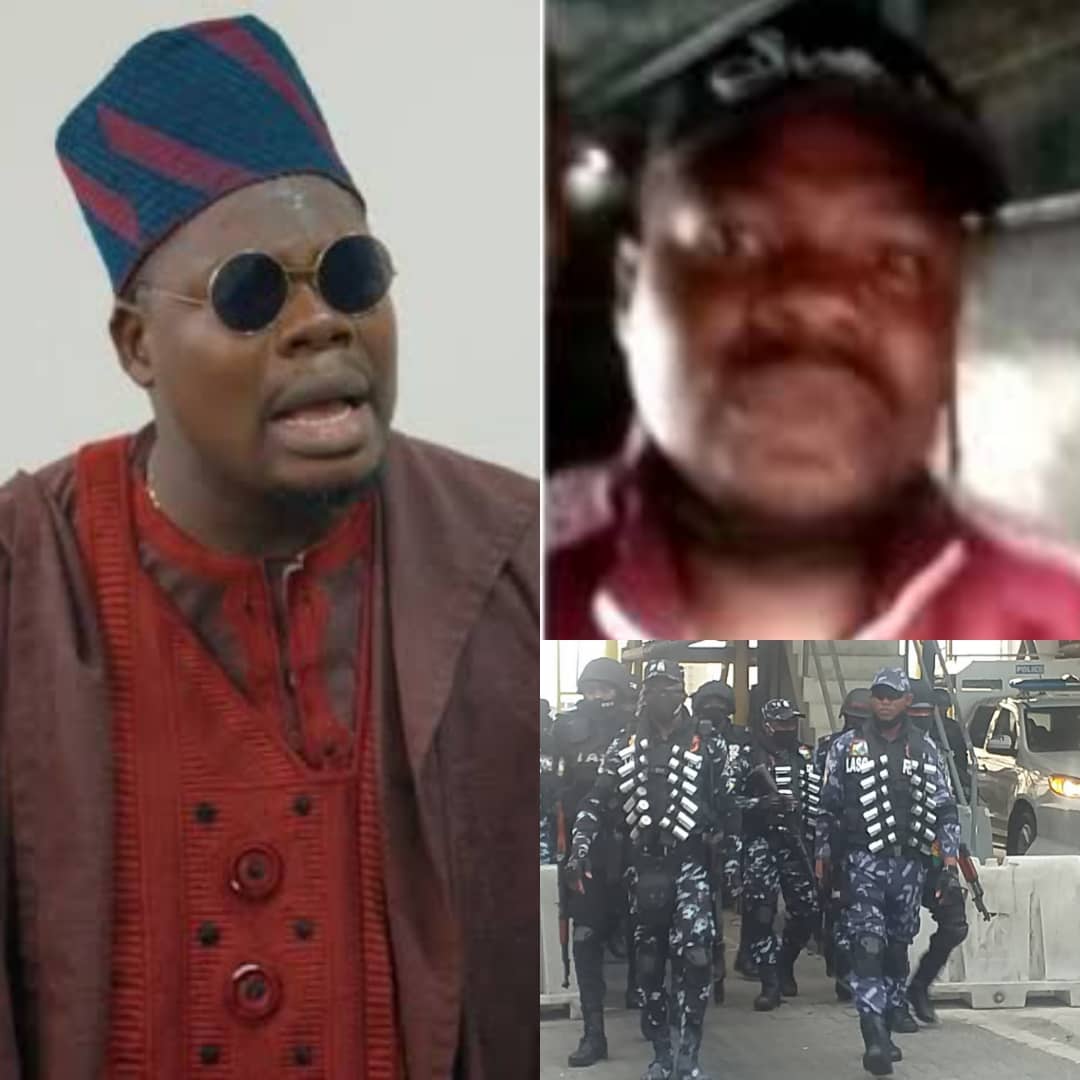 The comedian joined protesters at the the tollgate to express their dissatisfaction with the decision of the Lagos State Judicial Panel of Inquiry allowing its operator, Lekki Concession Company to reopen the Lekki tollgate.

Adebayo was said to have been arrested after the police told him “we don’t want you here”.

Before the police seized his phone and that of other arrested protesters, the comedian lamented that “Lekki is under military rule” in a live Instagram.

He said, “How did you think the reopening of tollgate is the next line of action? If you didn’t do that today, we won’t have a right to be here.

“It is a disrespect to say that you want to reopen at this tollgate. Are you spitting on the graves of the dead?

The police had earlier warned youths against the planned #occupylekkitollgate protest at the Lekki tollgate on Saturday.

But the youths vowed to defy the government’s order.

In a bid to prevent the protest, police operatives were deployed to strategic locations on Lagos Island including the Lekki tollgate.

ABOUT US
CHIEXCLUSIVE HUB is a social initiative, an online hub featuring an everyday blog news tailored for you, one click away with latest entertaining and commercial headlines around the world; as well as keeping you on the know with relevant information & services like our (EShop) where shopping is made easy for everyone (buy & sell). CHI-Exclusive Hub also offers exclusive website designs for Entrepreneurs & Businesses with utmost service guaranteed. (Read more)
Contact us: matthias@chiexclusive.com
FOLLOW US
© 2021| This website is designed and managed by Udokwu Matthias (ESHOP C.O.O) | All Rights Reserved
MORE STORIES
World News