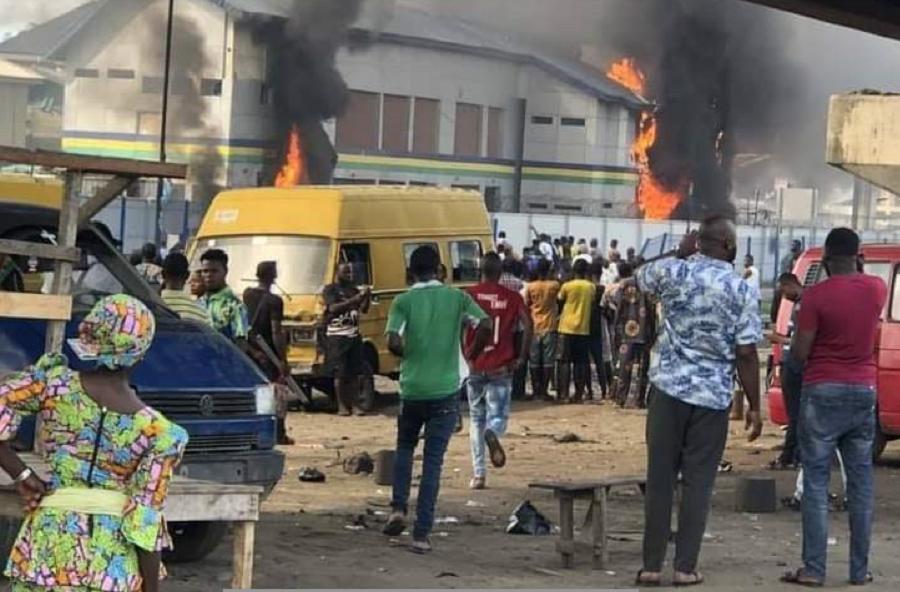 A band of thugs have razed three police posts in the Orile-Iganmu suburb of Lagos, to the ground.

Latest reports say the Layeni police station around Ajegunle is also on fire.

A police officer has also been reportedly lynched in Orile.

The attacks occurred on the morning of Tuesday, October 20, 2020, as young people hit the streets across Nigeria to demand for an end to police brutality.

The protests have been sporadic and organic across the country since October 4. The protesters initially called for an end to the notorious police unit, SARS.

The presidency acceded to the demand by scrapping SARS. However, the protests and sit-ins have continued; and protesters have blocked major roads for effect, obstructing free flow of traffic and disrupting business activities.

The protesters now want an implementation plan of promises, regular updates, a take-off of judicial panels of inquiry across the states and psychological evaluation of redeployed former SARS operatives.

For decades, SARS has been blamed for a host of extra-judicial killings, human rights abuses and the use of disproportionate force in dealings with members of the public.

The protests have turned violent and fatal in most cities across Nigeria, with hoodlums taking advantage of road blockades to extort, rob and unleash violence.

On Monday, October 19, police officers on routine patrol were attacked by hoodlums in the Yaba area of Lagos.

More than 20 people have been reported dead across the country since the protests began on October 4.

Communications Commission says deadline for NIN registration has not changed

Bail Set At $1 Million For Policeman Charged With Floyd Murder