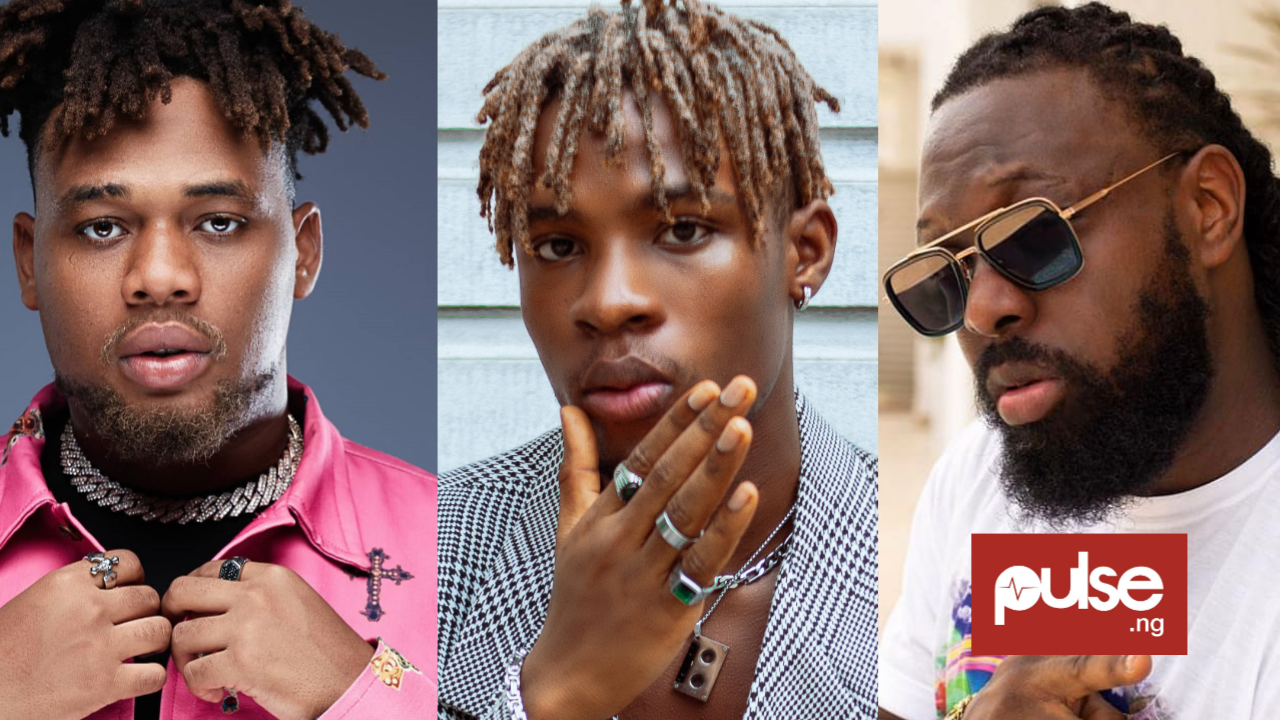 It has been recognized as one of the biggest music in the world because of the quality of the hit songs its artists produce consistently.

Currently, the world’s attention has been drawn to Afrobeat amidst how it has reformed its status to the best rhythms and most people across the globe are thrilled about it.

In this article, we would outline the best songs Afrobeat maestros have produced in the year 2021; they are labeled as the songs of the year.

Below are the 2021 top 8 Nigerian new songs you need for your playlist.

The former DMW star, Mayorkun, and the new extraordinary face in the industry, known as Victony bonded together and gave an outstanding performance on the song tagged “Holy Father.”

The song is recognized as one of the hit tracks of Mayorkun’s debut album “Back In Office” released last month.

Despite being released last month, the song topped several charts proving the beauty they deployed on the song. Victony also gave credence to the song with the quality of his vocals.

Without a question, music lovers have picked “Holy Father” as one of the year’s biggest hit songs.

Fave is a 2021 breakout artist from Nigeria. Her musical prowess has demonstrated that Nigerian music is not going away anytime soon.

She is a Nigerian composer and singer who has captured the hearts and minds of music lovers with her track “Baby Riddim” and other popular songs she has released since breaking into the spotlight.

Because a huge number of listeners have admitted to the song’s beauty, the single “Baby Riddim” has earned its spot as one of the best Afrobeat singles of 2021.

The ex-Mavin Record Label star, Reekado Banks has worked so hard in the studio and dished out a song labeled as one of the greatest songs of the year 2021.

“Ozumba Mbadiwe” is a vicinity located in Lekki Toll Gate Lagos Nigeria. One of the main reasons people stream this hit single is found on the tag, “The song of the Lekki Toll Gate Massacre.”

Lekki Toll Gate Massacre is an awful massacre that happened on the 20th of October 2020 at the Lekki Toll Gate. Innocent unarmed young Nigerian protesters protesting against Police and SARS Brutality were shot to death while some were either decapitated or injured by bullet wounds curtsey of armed men in Nigerian Army outfits. This was recently proven by the Lagos State Panel of Enquiry just a few days ago after the event.

Reekado Banks dedicated the song to them and also released it on 20th October 2021, a day tagged the memorial day of the Lekki Toll Gate Massacre.

Despite such a significant take, people also thrill to the rhythm of the song and stream it via their tastes. It is recognized as one of the biggest songs of 2021 in the Afrobeat curriculum.

Timaya aka Papichulo, who came to prominence with his first single “Timaya,” joined up with Buju, the 2021 breakout artist, and delivered a class that the entire world is presently enjoying.

They collaborated and delivered the song “Cold Outside” in peak shape.

It’s a song about their new life decision, which has to do with women and reality.

This song has enthralled a large number of people, regardless of how they have listened to it.

“Cold Outside” has been named one of the top ten Afrobeat songs of 2021, having piqued the interest of music fans.

The Nigerian songwriter and singer Adekunle Gold’s song “High,” featuring Davido, has been named the number one club song in 2021. The song is deserving of its position at the top.

Adekunle Gold and Davido formed a relationship and emitted a class from their well-known musical abilities. Nigerians and other Afrobeat lovers from across the world have been able to appreciate this fantastic music, which ranges from the rhythm to the words.

In the song “High,” the two mainly addressed their opulent lifestyle and the attractiveness of women. It also charted at the top of other music sites, including Audiomack.

The greatness of their music is undeniable.

Joeboy, a Nigerian phenomenal artist, has been praised by Tiktok users for providing them with the popular tune that they have all utilized to make classy content. This has boosted the popularity of Joeboy’s song “Alcohol,” which has been streamed by millions of Tiktok users.

He talked about his anxiety and his newfound vitality, explaining how alcohol helps him deal with his suffering and traumas.

His listeners backed him up and massively streamed the song, propelling it to the top of the charts.

Bad Boy Timz, a Nigerian artist, also went into the studio and released a song that is widely regarded as the year’s best.

On the song “Move,” he displayed incredible talents without a doubt.

The song “move” is all about happiness. With his tune “Move,” Bad Boy Timz has trailed cheerfulness and positive sentiments. His song “Move” is widely regarded as one of the best songs of the year 2021.

Nigerian ace singer and songwriter, Buju via his musical qualities also added the single tagged “Never Stop” to one of his hit singles of the year 2021.

The 2021 break-out artists already have released a couple of songs that have earned their place at the top in the year 2021. He is not stopping anytime soon following how he has been able to strengthen his status with a new song titled “Never Stopped.”

As the name implies, Buju outlined his hustles, energy, and the aspiration he has developed to keep pushing. This has earned people’s passion as they stream the song regularly.

“Never Stopped” by Buju has claimed its spot as one of the Nigerian biggest hits of the year 2021.

ABOUT US
CHIEXCLUSIVE HUB is a social initiative, an online hub featuring an everyday blog news tailored for you, one click away with latest entertaining and commercial headlines around the world; as well as keeping you on the know with relevant information & services like our (ESHOP) where shopping is made easy for everyone (buy & sell). CHI-Exclusive Hub also offers exclusive website designs for Entrepreneurs & Businesses with utmost service guaranteed. (Read more)
Contact us: matthias@chiexclusive.com
FOLLOW US
© 2021| This website is designed and managed by Udokwu Matthias (eShop C.O.O) | All Rights Reserved
MORE STORIES
Sports