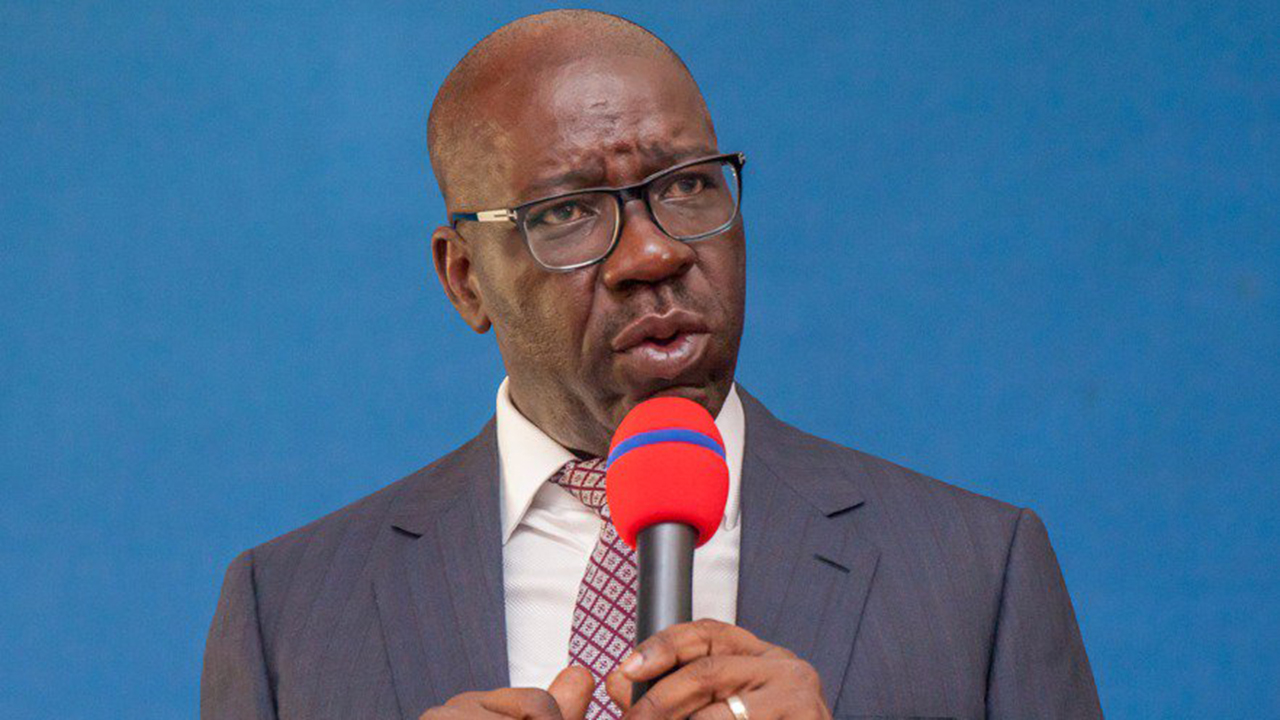 The Federal High Court, Abuja adjourned indefinitely, a suit filed by the All Progressives Congress (APC) seeking an order to disqualify Governor Godwin Obaseki as governor of Edo.

In a short ruling on Tuesday in Abuja, Justice Ahmed Mohammed adjourned the suit indefinitely on the grounds of an appeal filed by Obaseki at the Court of Appeal.

Justice Mohammed opined that since there was an interlocutory appeal pending at the appellate court, the trial court had to tarry awhile since it had been notified of the pendency of the appeal.

He said moreso since the record of appeal had already been transmitted and served on all the parties.about:blank

He added that the trial court had to await the decision of the appellate court in order not to embark on a collision course with it.

“Where a lower court is aware of the existence of an application for stay, it will be wrong for the trial court to proceed to hear the suit the application is seeking to stay proceedings on.

“In the instant case, in addition to the interlocutory appeal, there is an application to stay proceedings.

Obaseki approached the appellate court to challenge the refusal of the federal high court to remove some paragraphs in APC’s reply to a counter-affidavit filed by him opposing the suit against him.

The Edo governor prayed the court to stay further proceedings in the substantive suit, pending the determination of the appeal.

The APC and William Edobor dragged Obaseki, the Peoples Democratic Party (PDP) and the Independent National Electoral Commission (INEC) to court praying for an order disqualifying Obaseki from contesting the Edo governorship election on the grounds that he forged his certificate.

ABOUT US
CHIEXCLUSIVE HUB is a social initiative, an online hub featuring an everyday blog news tailored for you, one click away with latest entertaining and commercial headlines around the world; as well as keeping you on the know with relevant information & services like our (ESHOP) where shopping is made easy for everyone (buy & sell). CHI-Exclusive Hub also offers exclusive website designs for Entrepreneurs & Businesses with utmost service guaranteed. (Read more)
Contact us: matthias@chiexclusive.com
FOLLOW US
© 2022| This website is designed and managed by Udokwu Matthias (eShop C.O.O) | All Rights Reserved
MORE STORIES
USA