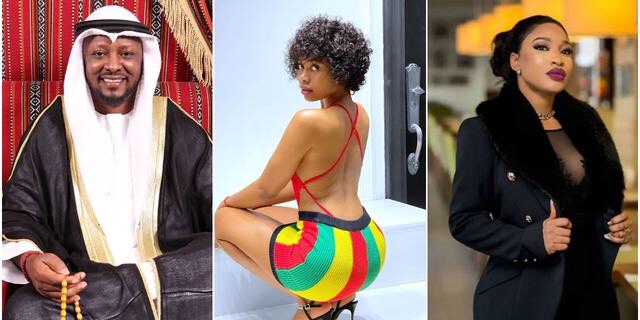 The activist made this known in a leaked audiotape released by a popular blogger, Gistlover.

In the leaked tape, the activist bragged about his sexual prowess and how the IG influencer was able to match up to his energy.

According to him, they were having sex even after her marriage.

He also talked about how Janemena was the breadwinner in her marriage.

It would be recalled that Kpokpogri had come to the defense of the IG dancer weeks ago after Dikeh revealed that he had her sex tapes.

He went as far as tendering an apology to the dancer, her husband and parents.

The leaked audiotape came days after Dikeh and Janemena dragged each other on social media.

Janemena filed a suit against the movie star over her perceived malicious and damaging comments.

ABOUT US
CHIEXCLUSIVE HUB is a social initiative, an online hub featuring an everyday blog news tailored for you, one click away with latest entertaining and commercial headlines around the world; as well as keeping you on the know with relevant information & services like our (ESHOP) where shopping is made easy for everyone (buy & sell). CHI-Exclusive Hub also offers exclusive website designs for Entrepreneurs & Businesses with utmost service guaranteed. (Read more)
Contact us: matthias@chiexclusive.com
FOLLOW US
© 2021| This website is designed and managed by Udokwu Matthias (eShop C.O.O) | All Rights Reserved
MORE STORIES
BBNaija Gist