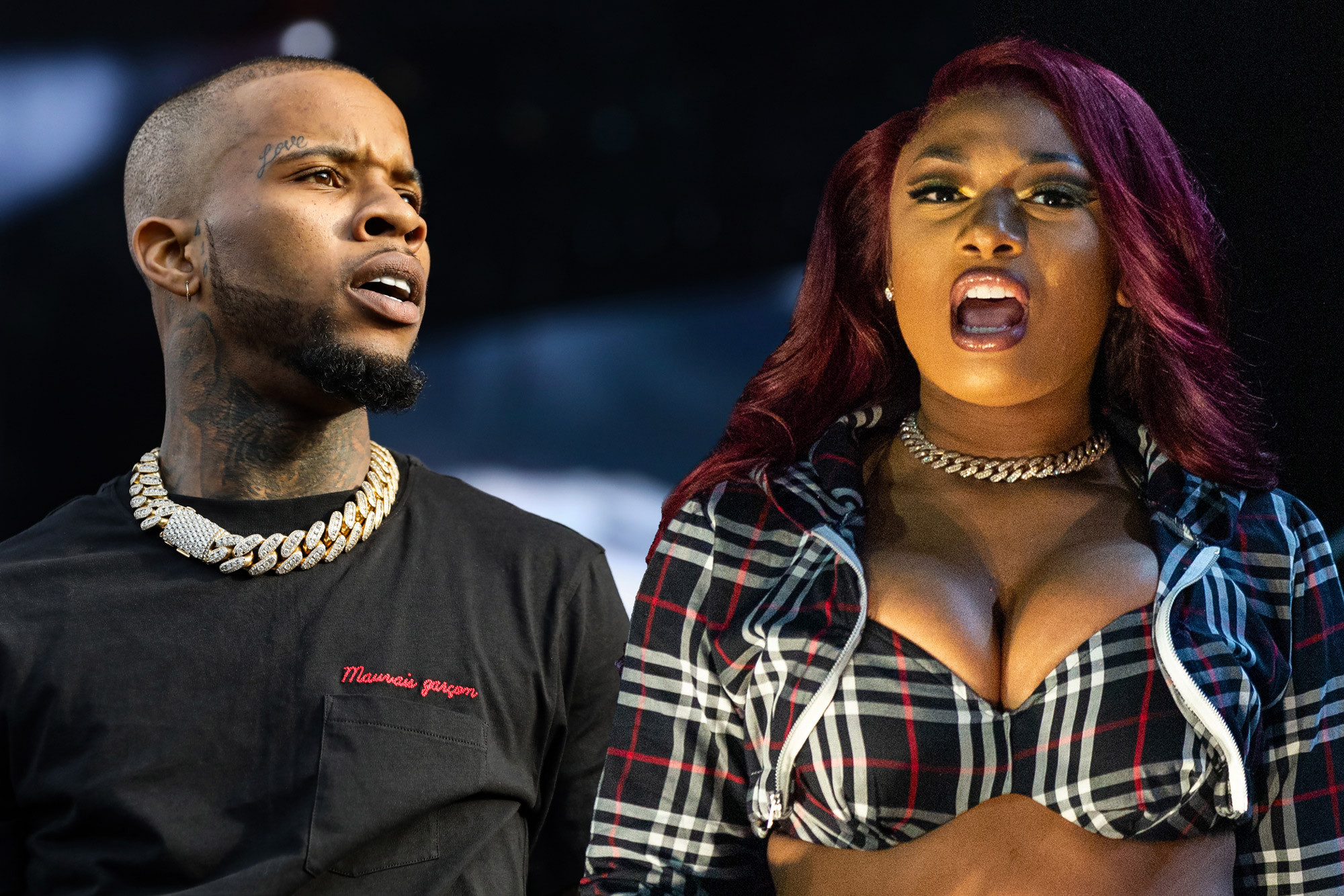 Embattled rapper Tory Lanez is breaking his silence and some are wishing he hadn’t.

One month after rapper Megan Thee Stallion accused him of shooting her in July, the Canadian rapper shared his side of the story on a new album “Daystar.”

Lanez, whose real name is Daystar Peterson, returned to Twitter Thursday to tease his public comeback: “To my fans… I’m sorry for my silence… but respectfully… I got time today… 9 PM PST.”

It marked Peterson’s first social media post since the shooting on July 12.

As promised, Peterson was back on Instagram early Friday morning – to promote his new 17-song album. It was a return to the platform he used to gain viral fame and millions of followers on his wildly popular “Quarantine Radio” show before quickly becoming a pariah over the alleged incident.

“There is a time to stay silent. And a time to speak,” he captioned a photo of the album’s cover art to his 10 million followers. “I said all I could say on this.”

Peterson opened his album with the diss song “Money Over Fallouts,” where he addressed the allegations and claimed that “Megan people trying to frame me for a shooting.”

In the track, Peterson repeatedly alludes to a relationship with Megan, whose given name is Megan Pete (“I love you hard. … I’m still down to renegotiate the unity. My heart is some foolery”) and claimed that Pete tried to “ruin” him with her accusations (“Look at how you doing me, people trying to ruin me. And what’s even worse is I’m still thinking about you and me”).

Peterson was met with almost immediate backlash for attempting to capitalize on the assault of a Black woman with a “diss track” and album. Instead of publicly apologizing, the rapper appeared to play the victim and brag about his social status.

The timing made the release all the worse. Peterson was slammed as “insensitive” and “tone deaf” for dissing Pete on the heels of a grand jury’s decision Wednesday not to convict three Louisville, Kentucky, police officers for the shooting death of Breonna Taylor, another Black woman.

“Tory Lanez really out here making diss tracks and profits for a hideous crime committed,” one user tweeted. Get the Coronavirus Watch newsletter in your inbox.

Stay safe and informed with updates on the spread of the coronavirusDelivery: VariesYour Email

Another user added, “Tory Lanez… thought it was best to release an album to capitalize off of negative press and justify his version of events for shooting an unarmed black woman. All this in the wake of yesterday’s decision by the grand jury to not charge (Breonna) Taylor’s killers.”

Peterson was arrested on a concealed weapons charge in the Hollywood Hills after the shooting, LAPD Officer Jeff Lee told the Associated Press.

The “Talk to Me” rapper is currently out on bond after posting $35,000 bail on July 12, according to the Los Angeles Sheriff Department’s Inmate Information Center. He’s due in court on a felony charge in October.

Peterson’s account of events differs from Pete’s. She previously called out Peterson for “lying” about what happened.

“Yes, this (expletive) Tory shot me,” she said on Instagram Live in August. “You shot me and you got your publicist and your people going to these blogs lying … stop lying. Why lie? I don’t understand.”

According to Pete, Peterson shot her in both of her feet following an argument in a vehicle. She denied claims that she provoked him or that the argument stemmed over Kylie Jenner. (Jenner made a surprise appearance in Megan and Cardi B’s music video for “WAP.”)

“I didn’t tell the police what happened immediately right there because I didn’t want to die. I didn’t want the police to shoot me because there is a (expletive) with a gun in the car,” Pete said, referring to recent instances of police brutality that led to the reemergence of the Black Lives Matter Movement.

ABOUT US
CHIEXCLUSIVE HUB is a social initiative, an online hub featuring an everyday blog news tailored for you, one click away with latest entertaining and commercial headlines around the world; as well as keeping you on the know with relevant information & services like our (ESHOP) where shopping is made easy for everyone (buy & sell). CHI-Exclusive Hub also offers exclusive website designs for Entrepreneurs & Businesses with utmost service guaranteed. (Read more)
Contact us: matthias@chiexclusive.com
FOLLOW US
© 2021| This website is designed and managed by Udokwu Matthias (eShop C.O.O) | All Rights Reserved
MORE STORIES
Real Estate

Adron Homes and Properties Empowering Everyone