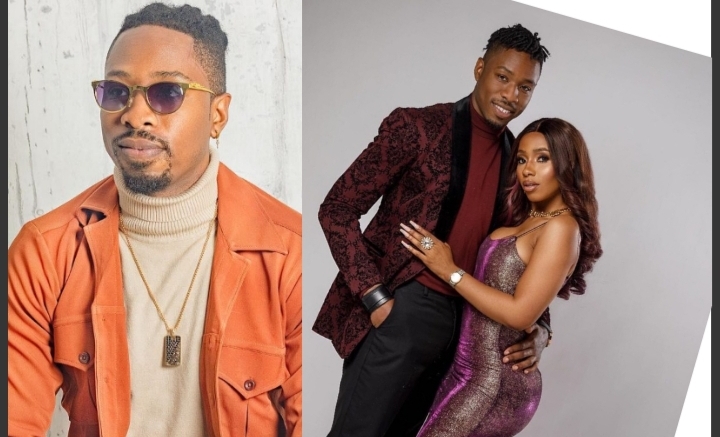 Reality TV star, Ike Onyema, has shared what he believes is the reason his relationship with Mercy Eke crashed.

Readers will recall that Mercy and Ike, who were both housemates of the Big Brother Naija ‘Pepper Dem’ season started off a relationship in the house.

However, after dating for about a year their relationship hit the rocks in a nasty breakup, earlier this year.

In a recent interview with Vanguardlive, Ike has shared the reason his love story with Mercy ended. He shared that, he has been in a lot of relationships, however, his relationship with Mercy “wasn’t it.”

According to Ike, Mercy was way too into social media and what people had to say about them, which affected their relationship, and he would rather like to date a lady who is “intelligent, independent” and someone who is not so “freaked about social media.”

He also went on to share that, he believes social media “brings a lot of negative vibes from people when it comes to relationship”, and having a relationship that people have “a million opinions” about it, wasn’t it for him.

“I’ve been in a couple of relationships but this one (with Mercy) wasn’t it; having a relationship where people have a million opinions just isn’t it. he said.

“I will like to date a lady that is intelligent, pretty much independent and not so freaked about social media. I believe social media brings a lot of negative vibes from people when it comes to relationship”.

ABOUT US
CHIEXCLUSIVE HUB is a social initiative, an online hub featuring an everyday blog news tailored for you, one click away with latest entertaining and commercial headlines around the world; as well as keeping you on the know with relevant information & services like our (ESHOP) where shopping is made easy for everyone (buy & sell). CHI-Exclusive Hub also offers exclusive website designs for Entrepreneurs & Businesses with utmost service guaranteed. (Read more)
Contact us: matthias@chiexclusive.com
FOLLOW US
© 2021| This website is designed and managed by Udokwu Matthias (eShop C.O.O) | All Rights Reserved
MORE STORIES
Sports