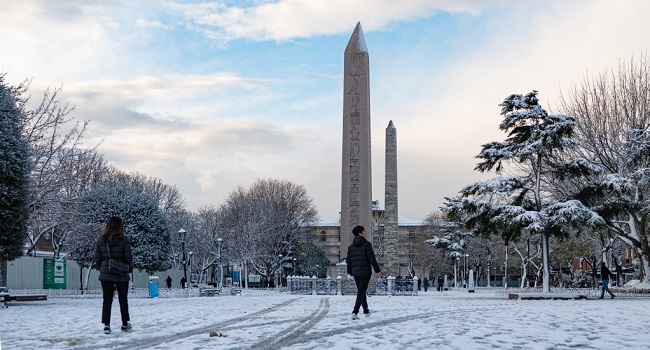 Istanbul Airport, which was Europe’s busiest last year, suspended all flights on Monday because of a heavy snowstorm blanketing Turkey’s biggest city.

The airport opened in 2019, replacing the old Ataturk Airport as the new hub for Turkish Airlines.

It provides an important connection route for destination across Africa and the Middle East, as well as Europe and Asia.

“Due to adverse conditions, all flights have been temporarily stopped for air safety,” the airport said in a statement.

Turkish media said it marked the first time the airport had completely shut down due to adverse weather since it opened.

Located on the Black Sea coast about 40 kilometres (25 miles) northwest of central Istanbul, the air hub serviced more than 37 million passengers last year, according to the transportation ministry.

Istanbul was hit by its first snow storm of the winter over the weekend.

COVID-19: Chinese Cities And Factories Lock Down As Outbreak Spreads

How to watch the ‘Independence Day’ lunar eclipse