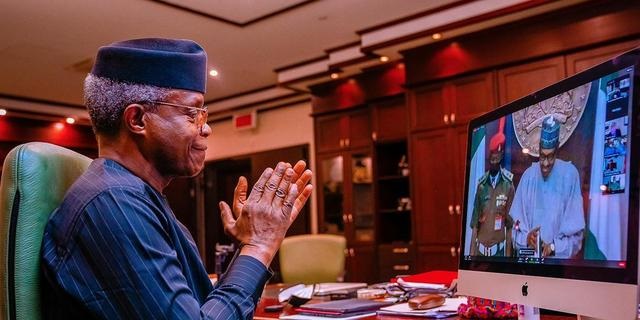 At the yearly review of how federal government agencies relate with micro, small and medium enterprises in the country, Vice President Yemi Osinbajo told relevant MDAs (Ministries, Departments and Agencies) that their role is to support the “hustle” of Nigerians engaged in different enterprises, by creating a conducive and enabling business environment for them.

Osinbajo made the assertion during the MSME Clinics Stakeholders’ review meeting at the Presidential Villa, Abuja on Monday, December 13, 2021.

Heads and representatives of agencies, including SMEDAN, BOI, NEXIM BOA, SON, FIRS, NAFDAC and others, attended the meeting.

“Everybody knows that Nigerians are enterprising, practically every Nigerian has some kind of business. As they say, some hustle or some other things that they are doing.

“People need the right environment and that is what our role is, to ensure that we understand that it is to facilitate and make it easier, not to become a stumbling block or a tollgate,” Osinbajo stated, while reiterating that the agencies’ job is to make things easy for the MSMEs to do their business.

He also made the point about the hardworking nature of the average Nigerian, noting that “this is a country where people want and desire to work,” but added that “the constraints are what we have to address. This would be dealt with by human beings and not spirits.”

In her remarks, the Minister of State for Industry, Trade and Investment, Amb. Mariam Katagun expressed her appreciation to the vice president for his leadership role, and also praised the stakeholders and state governors for their collaboration and cooperation in holding MSME clinics.