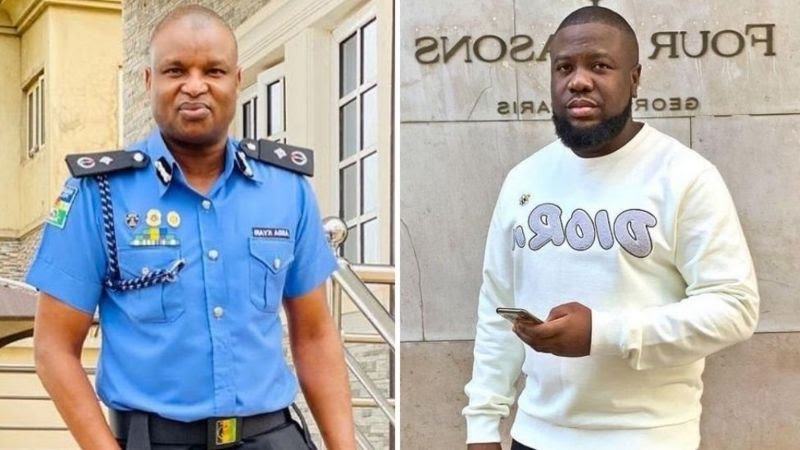 The Police Service Commission (PSC) has suspended Abba Kyari, a Deputy Commissioner of Police over his alleged involvement in a $1.1m internet fraud with a notorious fraudster, Ramon Abbas aka Hushpuppi.

The Federal Bureau of Investigation (FBI) had recently listed the police officer and Hushpuppi among six suspects indicted in an international fraud conspiracy.

Kyari’s suspension by the police commission came hours after the Inspector-General of Police, Usman Baba recommended that the celebrated officer be suspended to create an enabling environment for the police to investigate the allegations against him.

The statement reads, The statement read, “The Police Service Commission has suspended Abba Kyari, a Deputy Commissioner of Police and Head, Intelligence Response Team of the Nigeria Police Force from the exercise of the Powers and functions of his office.

“Abba Kyari’s suspension took effect from Saturday, July 31st, 2021, and would subsist pending the outcome of the investigation in respect of his indictment by the Federal Bureau of Investigation of the United States.

“The Commission has also directed the Inspector General of Police to furnish it with information on further development on the matter for necessary further action.

Recall that the Police Service Commission had earlier said that it would determine Kyari’s fate, and if found culpable, the embattled officer may face dismissal or demotion, and prosecution.

ABOUT US
CHIEXCLUSIVE HUB is a social initiative, an online hub featuring an everyday blog news tailored for you, one click away with latest entertaining and commercial headlines around the world; as well as keeping you on the know with relevant information & services like our (ESHOP) where shopping is made easy for everyone (buy & sell). CHI-Exclusive Hub also offers exclusive website designs for Entrepreneurs & Businesses with utmost service guaranteed. (Read more)
Contact us: matthias@chiexclusive.com
FOLLOW US
© 2022| This website is designed and managed by Udokwu Matthias (eShop C.O.O) | All Rights Reserved
MORE STORIES
Europe