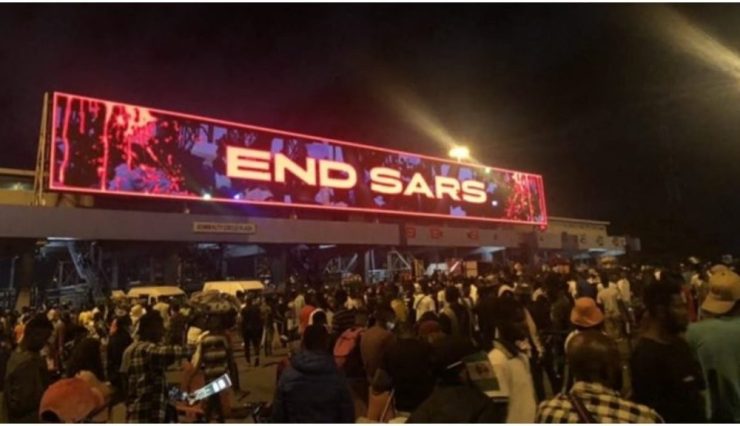 The judicial panel of inquiry into the October 20, 2020 shooting of peaceful protesters at the Lekki tollgate, has called for the renaming of the toll plaza in honor of all those who lost their lives or who were left injured on the night.

Soldiers deployed to the venue of the anti-police brutality protests fired live rounds into the crowd, according to various reports and the panel’s own investigation.

The panel also established that police officers from the nearby Maroko Police Station, were drafted to the Lekki tollgate to enforce a hurriedly declared curfew and to forcibly disperse the protesters.

In its 309-page report submitted to Lagos Governor Babajide Sanwo-Olu on November 15, 2021, the panel “recommends that the Lekki Toll Plaza be made a memorial site for ENDSARS Protest: By renaming to “ENDSARS TOLLGATE.”

“The panel recommends that October 20th of every year, is made a “Toll Free Day” at the Lekki Toll Gate as long as the tollgate exists.

“That Oct 20th of every year be made EndSARS day nationally for the remembrance of our falling youth.

“That for the purpose of restitution, healing and reconciliation, the federal government needs to publicly apologise to the youth for abruptly undermining the protest with their state actors.”

The panel reports that at least 11 people were killed on the night, with at least 24 others sustaining gunshot wounds.

ABOUT US
CHIEXCLUSIVE HUB is a social initiative, an online hub featuring an everyday blog news tailored for you, one click away with latest entertaining and commercial headlines around the world; as well as keeping you on the know with relevant information & services like our (ESHOP) where shopping is made easy for everyone (buy & sell). CHI-Exclusive Hub also offers exclusive website designs for Entrepreneurs & Businesses with utmost service guaranteed. (Read more)
Contact us: matthias@chiexclusive.com
FOLLOW US
© 2022| This website is designed and managed by Udokwu Matthias (eShop C.O.O) | All Rights Reserved
MORE STORIES
Asia